I thought I had it all figured out.

Wondercon in Los Angeles was my first West Coast con.

The fans of Wondercon are a great crowd. Those who are regulars to this con are used to it being in Anaheim -- so I'm not sure how many were attending Wondercon in LA for the first time?

Comic cons are where I sell my YA supernatural/paranormal books, the St. Blair series. And, for the most part, I have been growing response and sales with each con.

So here is what I have been measuring and learning as an author:
So how was Wondercon? It was good.

It was topnotch professional. Awesome fans.

The help the Wondercon staff provides at load-in and load-in is THE BEST!

Sales were low for the booth size I had.

I've had the same 10x10 in 4 conventions and near the same volume of traffic or greater at Wondercon. The only difference was location and visibility. My Wondercon location was further away from the action, but near the food court (a plus). It seemed like a great location. But once all our neighbors had their booths up, it was a competition for attendee attention. I'm not complaining. I was very impressed by the creativity of the other vendors. We can always improve.

I still scratch my head on this one. It seemed to have greater potential.

I'm not sure why sales weren't at least the same as other large conventions? But the fans were great! We met a lot of fun people and hope to keep in touch with them.

Nevertheless, it was a wonderful experience. I think I'll try again, if they'll have me. 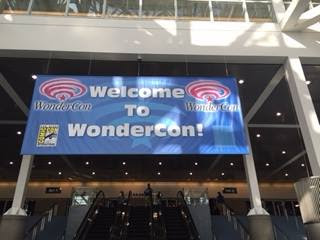 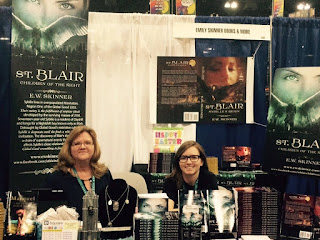 Me with Blair, my filmmaker daughter. 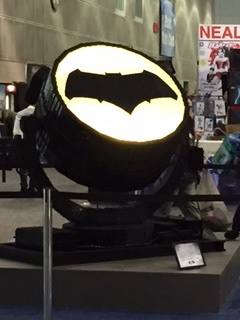 Note to self: Get a bat signal to call attention to my booth. 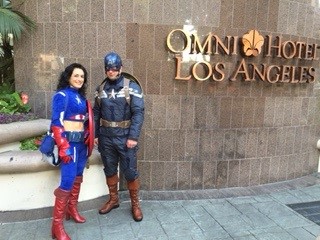 Omini Hotel deals for Wondercon were WONDERFUL. These two would agree. 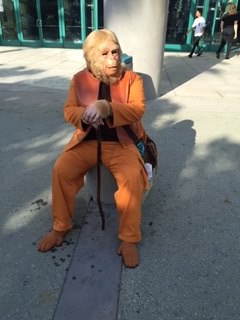 Writing The Diary of St. Blair


I have been so perplexed about blogging.
Everyone says write what you know and what you are passionate about.
So here it goes...
I just got home from mass and I am so inspired! The readings and homily were spot on what I needed to hear.
This was part of today’s reading.
Luke 10: 17-20
"Lord, even the demons are subject to us because of your name."
Jesus said, "I have observed Satan fall like lightning from the sky.
Behold, I have given you the power to 'tread upon serpents' and scorpions
and upon the full force of the enemy and nothing will harm you. Nevertheless, do not rejoice because the spirits are subject to you,
but rejoice because your names are written in heaven."
I mention this same passage in the first book, St. Blair: Children of the Night.
I listened to everything the priest said. Ideas are flowing and I am thinking, I need to go home and write, NOW!
If anyone in mass noticed, I was nodding in agreement, a lot! I was reacting to my inner writer and the messages the mass conveyed. I felt divinely inspired.
I would love to tell you the ideas that came to mind... but I need to write the book.
Then you’ll see them.
For now, thank you for briefly indulging me. I have work to do.
As Lin-Manuel Miranda said: You have to live with the notion of, If I don’t write this, no one’s going to write it. If I die, this idea dies with me.
Posted by Emily W. Skinner at 11:06 AM No comments: